We’ve been writing extensively on tax reform issues, and for a very good reason. If the GOP’s Blueprint, entitled “A Better Way, Our Vision for a Confident America,” and President Donald Trump’s one-page “2017 Tax Reform for Economic Growth and American Jobs” end up becoming the new U.S. guide for taxes, look for changes on how real estate is acquired, held, and sold.

One issue of both plans is that depreciation rules, which currently help to reduce taxable income generated from real estate investing, could be eliminated. Though it is difficult to predict what will happen in Washington over the next few months, we can focus on how depreciation works on real estate and taxable income.

Depreciation is one of those terms that is mentioned frequently when it comes to taxes and finance. But what, exactly, is it?

Quite simply, depreciation is a mechanism blessed by the Internal Revenue Service (IRS), to allocate an asset’s cost over its “useful life.”  From an investment standpoint, this allows taxpayers to “write-off” investments over the course of time. Digging further, such “write-off” is when a taxpayer deducts, or reduces, an asset’s book value (adjusted basis) through systematic, annual deductions from taxable income.

But you, the investor, don’t pull a depreciation formula out of thin air. Rather, depreciation is mathematically determined, based on the type of property, its cost/value, its entire economic life cycle (in terms of years), and where it might be in that life cycle. And, here’s another definition: An asset life cycle is the amount of time in which an asset must be written off, with that time generally determined by the IRS.

One basic depreciation method is known as straight-line tax depreciation. Straight-line depreciation is fairly straightforward; it means an equal amount of an asset’s cost is deducted over the asset’s useful life. As it stands today, in its most simplistic form, investment property is depreciated on a straight-line basis over 27.5 years for residential real estate (including multifamily), and 39 years for commercial property.

Another depreciation method, accelerated depreciation, means businesses can deduct higher amounts against an asset’s cost basis, earlier in the asset’s life. Adding further complexities, changes to the tax code over the years have added even more types of depreciation. For example, the Tax Reform Act of 1986 introduced the modified accelerated cost recovery system, or MACRS, which is still in use today for certain assets. As it pertains to real estate invested, MACRS allows for certain building components to follow a different depreciation schedule than the overall building. For instance, provided they meet certain definitions, carpet and lighting fixtures may be depreciated over a 5 year period.

In short, immediate expensing would treat the full acquisition price of a property (potentially sans land value) as an operating expense in the year in which the property is acquired. For instance, currently the acquisition of an apartment property for $1,000,000 (ignoring the allocation to non-depreciable land value for simplicity), is depreciated over 27.5 years on a straight-line basis, or $36,364 per year. With direct expensing, the same $1,000,000 acquisition would instead result in an $1,000,000 operating expense in the first year. Since the expense is equal to the acquisition cost, it’s safe to say that the property would be post a taxable loss - and a sizeable one at that - in the first year. The proposal within the Blueprint allows for such excess losses to be carried forward until such losses are fully utilized, without a time limit. In our opinion, this would essentially be bonus depreciation on steroids.

With this understanding, you, the investor/taxpayer will want to weigh at least two possible scenarios when considering the timing of buying or selling your real estate, and making improvements on the assets you currently hold.

*  If you think the House Republican Blueprint could pass in its original form, the transition to full expensing (if it happens at once) might mean you’ll want to wait to invest in real estate. Under this situation, you could deduct the full cost of your asset in the year it is acquired.

*  If you believe the GOP Blueprint won’t become law, or might pass, but without full expensing, you might be better off placing eligible property in service before the end of 2017, and taking advantage of the 50% bonus depreciation under the PATH act by making qualified improvements to your assets.

Needless to say, budgetary factors, as well as a host of other political and policy considerations, will have a bearing on the final version of any tax reform legislation. As a result, you’ll want to pay close attention to the tax reform debate when weighing the timing of your capital investments. 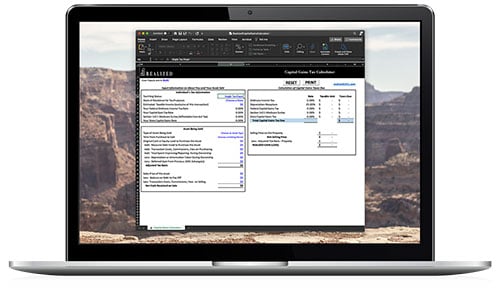