The House Ways & Means Committee is working on a tax bill that may eliminate investors' ability to complete 1031 exchanges and deduct mortgage interest on Investment Property1. The elimination of these tax benefits may have a significant impact on real estate investors, property values, and the US economy.

President Trump and Republican leaders have made it clear that tax reform is a top priority. Trump's background in real estate by no means guarantees a favorable outcome for Section 1031 or the commercial mortgage interest deduction. In December, Politico’s Morning Tax reported: “Among the items that could be in trouble, are like-kind exchanges under Section 1031.” The primary goal of tax reform appears to be lowering tax rates for corporations and individuals. Both 1031 exchanges and the commercial mortgage interest deductions are being discussed as potential sources of federal tax revenue to offset lower tax rates.

It appears that tax reform will be addressed shortly after Obamacare and passage of the 2017 Budget. According to the Republican Blueprint for America, the goal is "to deliver a strategy to create jobs, grow the economy, and raise wages by reducing rates, removing special interest carve-outs, and making our broken tax code simpler and fairer."

Whether or not deferring capital gains on the sale of property under IRC § 1031 or the deductibility of mortgage interest are "special interest carve-outs" is debatable. Regardless, the fact is that these tax benefits are a material component of the cash flow and equity profit expectations of investors.

Exchanges have been around since 1921 allowing both small and large real estate investors to defer the recognition of capital gains (or losses) due upon sale of real estate, by reinvesting or exchanging their equity into another “like-kind” investment property.

The loss of these benefits will almost certainly have an impact on prices and transaction volume of investment properties, as both buyers and sellers adjust their return expectations.

What is particularly concerning is that most real estate investors do not realize the potential implications of tax reform. Similarly, most of the large industry trade groups like the National Association of Realtors seem to be taking a wait and see, rather than a proactive, approach to the impact of tax reform on commercial real estate.

Kevin Brady, Chairman of the House Ways and Means Committee, has said that he wants to move on tax reform in the next 100 days. At a press conference last month, Majority Leader Mitch McConnell said the Senate would attempt to pass a comprehensive tax overhaul next year using the budget reconciliation process, which will insulate the legislation from the need for 60 votes to break a potential filibuster. Only a simple majority is required to pass a bill under the budget reconciliation process, and the Republicans control 52-seats in the Senate.

If this concerns you as much as it does me, please visit www.savethe1031.org and fill out the form to voice your opposition to repealing Section 1031 and mortgage interest deduction. Nearly 60,000 letters were sent Members of Congress in just the past four weeks.

Be watching for part 2 of this series where we will take a deeper look at the "2017 Tax Reform Impact on Real Estate" prices, transaction volume, and the US economy.

1 "Investment Properties" are properties (other than a primary residence) purchased with the intention of earning a return on the investment, either through rental income, the future resale of the property or both. 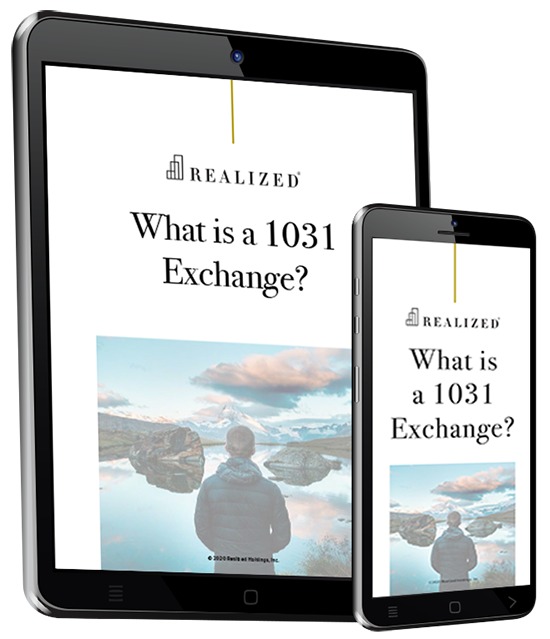