Will the U.S. Face Another Foreclosure Crisis in 2020?

Will the U.S. Face Another Foreclosure Crisis in 2020? 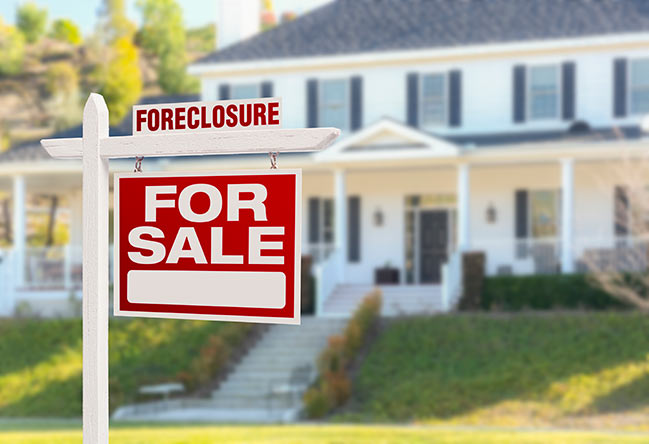 Today, it's not uncommon to find articles about a coming wave of foreclosures in 2020, like what we saw in 2008-2009 (i.e., GFC or Great Financial Crisis). These foreclosures may be attributed to COVID-19 and the economic shutdown. Supporters of these dire forecasts often point to parallels between the high unemployment rate and declining economy from 2008-2009 and current events.

While the housing market and economy may look similar to the GFC on the surface, it is too soon to conclude that events will transpire in the same way.

To a large extent, debt drove the 2008 real estate crisis. Bank loans to real estate investors and residential home buyers were bundled into securities and sold. To produce these loans, banks lowered their lending standards. With pressure from management and incentivized by commissions, loan officers began approving loans that would have previously had little chance of being approved. The culmination of these practices was the infamous no-doc loan (also known as “no documentation mortgages”).

With so many bad loans flooding the market, further pushing up home prices, it was only a matter of time before it all came crashing down. The cracks in this facade began to show in 2006. By 2007, a decline in the real estate market was well underway.

As the lending market unraveled, banks could not get rid of their bad loans, leaving them with liquidity issues. This circumstance forced banks to foreclose on homes, further pushing down real estate prices and exacerbating the problem. As home prices fell below their loan value, buyers simply dropped off the keys to their home at the bank and walked away, defaulting on their loans in the process. This added to the already falling prices of homes.

The legal ramifications overwhelmed courts. With no other options, banks continued foreclosing and short selling houses.

The current crisis has left millions of Americans without jobs. While government stimulus is undoubtedly helping, how long it will continue remains a question. The $600 weekly supplement to state-provided unemployment assistance pay included in the Coronavirus Aid, Relief and Economic Security (CARES) Act expired on July 31. Those payments acknowledged as providing robust support to the economy, also salvaged individual and family budgets. According to University of Chicago economist Joseph Vavra, expiration of the benefits can lead to both a foreclosure and eviction crisis.

On August 8, President Trump issued an Executive Order, which replaced that with a temporary $300 or $400 increase, using FEMA money available from its Disaster Relief Fund, along with optional contributions from individual states either from their sources or from funds for Coronavirus Relief. There are several aspects to this Order that will limit the aid's effectiveness in maintaining consumer spending with the same success achieved by the CARES Act supplement.

First, at least a million unemployed workers are ineligible for the supplement because their standard state unemployment compensation is less than $100 weekly. Many states have a minimum benefit below $100, and Oklahoma, for example, has an average weekly payment of $44.

Second, many states have antiquated systems that are already struggling with the unexpected demands on their capacity and can’t respond to the new requirements in time to take advantage of the FEMA funds before they are gone. Thirty states have received approval by FEMA for the extra $300 (some are adding the additional $100 President Trump requested), and each approved state is guaranteed three weeks of funding. Five states have started paying the benefit.

Finally, the most significant impediment to success is the limited duration of the fund’s availability. FEMA has access to $44 billion to use for this endeavor. By comparison, funding the $600 weekly supplement required an average expenditure of $16.6 billion per week, and over 30 million Americans are presently claiming unemployment benefits. The money available is not expected to last more than five weeks.

According to a June 27 announcement from the National Bureau of Economic Research, the U.S. is now in recession, which means many people without jobs will face undue hardship if jobs do not return. The Bureau determined that the recession started in February of 2020, ending 128 months of expansion, the longest in the recorded history of U.S. business cycles (dating back to 1854).

Already U.S. homeowners are struggling to keep current with their mortgages. Harvard Business Review reports data from real estate firm Black Knight indicating that as of mid-June, 4.6 million American homeowners were in some form of a forbearance plan. That is 8.7 percent of all mortgages in the U.S.

On the positive side, banks are in a much better position today than they were in 2007-2008. Because of changes to regulations, banks have been reformed and can better withstand economic shocks.

By foregoing share buybacks, banks have also been able to raise cash, strengthening their financial position. This may be one reason banks have been so willing to work with property owners since the beginning of March. Through loan modifications and other arrangements such as forbearances and deferments, property owners can skip or make reduced payments.

To make up for these skipped payments, they are moved to the back of the loan or bundled into a lump sum once the deferment period ends. These loan modifications could create hardships for borrowers down the road, but they at least stop the bleeding for now.

Unlike during the GFC, banks underwriting loans today have far more conservative loan requirements. Rather than needing to foreclose on a property because of a bad loan, it’s more advantageous for banks to work with borrowers who hold much higher-quality loans.

Also, because banks have higher liquidity than in 2007-2008, they are allowing more refinancing to occur. With rates at historic lows, borrowers are happy to refinance, saving money on their current loans in the process.

With lower rates, borrowers have an easier time refinancing into a lower-rate loan, if they are still working. Current loan restrictions may not allow some borrowers to pull out as much money as they’d like, but they’ll make up for it in refinance savings. An added benefit is that borrowers will reduce their foreclosure risk.

These favorable loan terms don’t mean that there haven’t been any foreclosures. However, with courts closed because of the pandemic, outstanding foreclosures are not being processed. This situation is holding back properties that would otherwise be available on the market. Many of these foreclosures may not make it onto the market until late 2021.

Expectations For Rents And Foreclosures

While it is still difficult to say what we should expect from 2020, there are a few hints based on what we've seen so far from lenders, borrowers, landlords, and government.

Many landlords have been flexible with tenants regarding payment arrangements, including sanctioning missed and partial payments. Twenty states still have eviction moratoriums in place at the beginning of September, compared with 43 states prohibiting the action in May. How landlords make up those payments is yet to play out. Depending on (or if) the second round of government stimulus and the jobs market outlook, landlords may have to consider taking a loss on some payments if they don't want to lose a tenant completely. On the other hand, some property types have shown to be more resilient than others. Rental housing is a heterogeneous market, with ownership ranging from large corporate entities to individual landlords. While the more prominent players are not yet reporting noticeable impacts on income, smaller landlords are in many areas. A recent survey by LeaseLock reported that in Class C properties, only 25% of tenants had paid their full rent in the first half of July.

You could look at foreclosures for deals or try something different by looking at owners who are ready to get out of real estate. These are landlords who were considering exiting before the pandemic and lockdowns started. They may be baby boomers preparing to retire or new owners who've decided that real estate isn't their thing.

The problems brought by the pandemic may have pushed these owners over the edge, and waiting any longer isn't an option. However, don't expect deep discounts on properties. Motivated owners will likely still be practical at any price. If you are realistic with an offer, you may get a more favorable deal than what you might find in a traditional market.

While the real estate market's fate is somewhat unknown in the near future, the good news is that pending home sales have started to rebound, which means things haven't ground to a halt as we saw in 2008-2009. There will be deals beyond foreclosures, but finding them will take some time and patience with negotiations.