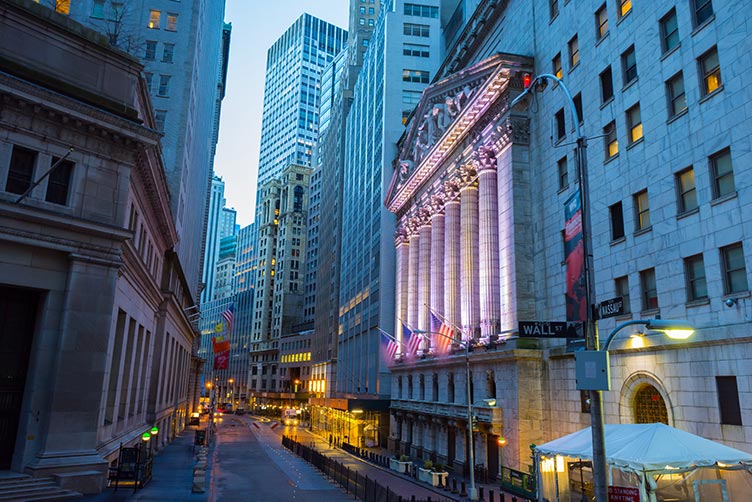 “Wall Street” and “Main Street” became powerful metaphors during, and in the aftermath of, the Great Recession of 2007-2009. Experts suggest that the actions of large banks and investment firms (Wall Street) were responsible for that sharp economic downturn, which, in turn, negatively impacted the small businesses and individuals of Main Street.

These days, the economy is undergoing another crisis. The National Bureau of Economic Research (NBER) officially declared the coronavirus downturn as a recession, noting that it officially began in February, 2020. The causes of the current situation, however, are vastly different from those leading to the Great Recession. It is the impact of COVID-19 on Main Street, rather than Wall Street’s reckless behavior, that is the factor behind the current economic collapse.

Understandably enough, experts are delving back into the previous economic emergency to make sense of the current one. However, as the causes of each of the downturns differ, the solutions should also be different.

The financial crisis of 2007-2009, also known as the global financial crisis (GFC), had its roots in a housing bubble collapse, irresponsible lending and investment practices, and an economy that was already undergoing a “correction.”

Reckless lending practices consisted of issuing subprime mortgages to homeowners whose credit, otherwise, meant they would not qualify for homeownership. Irresponsible investment actions, meanwhile, focused on taking those dubious mortgages, pooling them, and slicing them into tranches. Those tranches were then paired with credit default swaps, and sold to global financial institutions, investment banks, businesses, and high net-worth individuals as mortgage-backed securities. What this meant was that already dubious loans were issued as high-risk/high-reward securities.

These investments provided outstanding returns, as long as housing prices continued increasing. However, a drop in housing prices, combined with subprime mortgage “resets” to higher interest rates, meant mortgages were worth more than home values. Refinancing and sales were out of the question, as home values continued plummeting. Homeowners, suddenly unable to pay their ballooning mortgages, abandoned their homes, creating subprime mortgage defaults. This made mortgage-backed securities worthless, putting major banking institution Lehman Brothers out of business, and freezing credit in the U.S. and European banking systems.

In an effort to jump-start the economy, put liquidity back in the system, and spur borrowing and capital investment, the U.S. Federal Reserve reduced the national target interest rate to zero percent. The Emergency Economic Stabilization Act of 2008 led to the Troubled Asset Relief Program (TARP). TARP provided the federal government with $700 billion in funds, with which it acquired assets from nine U.S. banks, and bailed out automakers General Motors and Chrysler, and insurance company AIG. This bailout was highly controversial, as critics pointed out that it was Wall Street’s actions that created the economic collapse, and those who caused the fallout shouldn’t be rewarded for it.

According to NBER, the Great Recession officially ended in June 2009. However, the aftereffects of the economic crisis lasted for years.

The COVID-19 Downturn — Main Street and the Bottom-Up Cause

Unlike the lead up to the global financial crisis, the current downturn occurred quickly, with very little warning. In February 2020, the U.S. economy had added 273,000 jobs, while the unemployment rate stood at 3.5%, the lowest in more than 50 years. Just a month later, in March 2020, payrolls fell by 701,000 jobs, and the unemployment rate increased to 4.4%. The June, 2020 unemployment rate was 11.1%, a drop from April 2020’s rate of 14.7%, which had been, in turn, the highest level since the Great Depression. The U.S. The Department of Labor indicated that, in April 2020, 20.5 million had lost their jobs in April; with 17.75 million still unemployed just two months later. What is shocking about the current state of affairs is that the U.S. economy went from boom to bust in a little more than 60 days.

Also, unlike the 2007-2009 collapse, the current economic crisis can be traced to a single cause: Response to a highly contagious virus. Main Street’s attempts to limit COVID-19’s spread through closures consisted of business shutdowns, bringing a halt to spending. According to the Foreign Policy Research Institute (FPRI), consumption makes up 70% of America’s gross domestic product (GDP).

Other factors to consider in the current economic climate include the following.

Business shutdowns mean less buying. Less buying means lower corporate revenues. Corporations, in turn, cut back on production and spending, which leads to shuttered factories and employee layoffs. The unemployed are less likely to buy, leading to more revenue decreases, more layoffs, more shuttered plants, and a lower GDP. This bottom-up economic downturn had nothing to do with Wall Street, but rather, had its origins in Main Street.

The Solutions? Different from ‘08

The intent this time around isn’t a Wall Street bailout, nor should it be. The FRED, in fact, advises that Main Street should be the prime target of fiscal and monetary policies, with emphasis on “allowing businesses to continue [operating] without massive layoffs . . .” while ensuring that those who are unemployed can continue paying their bills.

The current economic crisis is particularly confusing because it seemed as if everything happened overnight, and few know what the “new normal” will bring. As such, attempting to rest on solutions that succeeded in bringing the U.S. out of the Great Recession might not be as effective in the face of the COVID-19 economic downturn.

The information provided here is not investment, tax, or financial advice. You should consult with a licensed professional for advice concerning your specific situation. This material represents an assessment of the market and economic environment at a specific point in time and is not intended to be a forecast of future events, or a guarantee of future results. Forward-looking statements are subject to certain risks and uncertainties. Actual results, performance, or achievements may differ materially from those expressed or implied. Information is based on data gathered from what we believe are reliable sources. It is not guaranteed as to accuracy, does not purport to be complete and is not intended to be used as a primary basis for investment decisions.