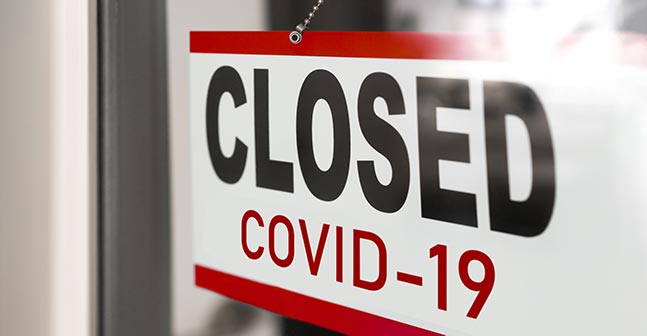 Employment figures have been volatile since the start of the COVID-19 stay-home orders and business closures began unevenly in various jurisdictions in March. From the beginning of the pandemic to May, approximately 30 million Americans had lost their jobs due to the pandemic. At least a third of those jobs have been recovered, although in some cases the work is part-time rather than full-time. According to the Department of Labor, the good news is that the U.S. economy added 1.4 million jobs, and the overall unemployment rate now stands at 8.4%. This compares to 14.4% in April, and a pre-pandemic rate of 3.8% in February.

As companies reopen, they recall their furloughed employees, who then leave the rolls of unemployed workers. Unfortunately, some reopening businesses find that they do not need as many workers, which motivates the conversion to part-time. In contrast, others are converted from temporarily furloughed to permanently laid off. As a result, the unemployment rate remains high. Also, the rate of labor force participation is edging up, since people who may have stopped looking due to being discouraged start seeking employment again.

Some of the August gains are due to the temporary employment of 240,000 workers for the U.S. Census, most of whom will be laid off by the end of September. Improvements in the private sector were smaller in August than in July by 30%. Several sectors seem to be slowing, and the leisure and hospitality industry is over four million workers smaller than it was in February, with insignificant gains in August. Jobs in education and health increased by nearly 150,000 last month, due to the start of the school year in much of the country, but that was lower than the July gains. The construction sector added a paltry 16,000 jobs in August.

As the spread of the virus has shifted geographically, so have the job losses. Early losses were seen mostly in larger metropolitan areas in the northeast and west—which were the initial COVID hotspots. As hard-hit areas implemented shutdown orders, joined by California and tourist destinations including Orlando, FL and Las Vegas, those cities mirrored the unemployment increases previously seen in New York, Boston, and Detroit. As states lifted lockdowns in early summer, sunbelt areas started to experience the rapid spikes in infection that led to the reversal of their reopening strategies, and gains in employment are stalled as small businesses either wait to reopen or struggle to survive, according to Brookings.

New York City continues to experience high unemployment, driven by sustained losses in the leisure and hospitality and professional and business services sectors. The New York State Department of Labor reports slight improvement in economic activity in those industries starting in July. The state as a whole is recovering at a somewhat more rapid pace. Similarly, the Bureau of Labor Statistics notes a 16.4 percent unemployment rate in Las Vegas (down from a reported 34% in April of 2020). By contrast, in Florida, the unemployment rate has continued to rise, reaching 11.3% in July (up from 4.4 % in March 2020). However, Florida did experience a weekly decrease in initial unemployment claims at the end of August. Another sunbelt state with a more recent viral surge, New Mexico, is experiencing an increase in joblessness, with 12.7% of the workforce unemployed in July, compared to 8.4% in June.